The following was conceived to provided a solution to RT76527.

NB: this is the only output format which displays the found version string, because it just makes sense in this instance. Many thanks to ETHER along the way.

The following is what midgen thinks your META.json might contain based upon your dist, or in this case a test dist. 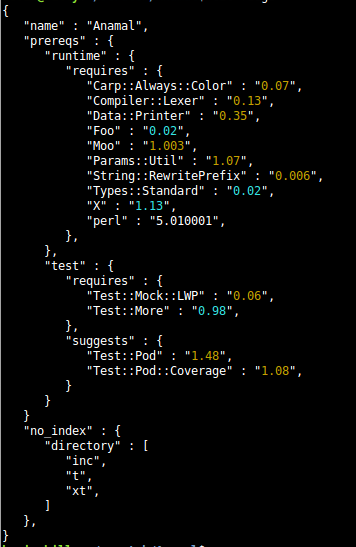 These scanners enable midgen to identify prereqs->test->suggests from a META.json perspective.

Here is a flow chart that should help with why.

Many thanks to TOBYINK for his critique which resulted in the following taking another step forward.

Eval is not realy a new scanner, it’s just come of age with block support.

Finish off conversion to Type::Tiny

Why? one, so I can have a consistent Type system regardless of Moose or Moo, two, it’s faster. The Second part of the conversion from MooX::Types::MooseLike to Type::Tiny.

So we have gone from this:

Many thanks to TOBYINK along the way.